In sales, all leads are not created equal. And unhelpfully, there’s no single definition for what constitutes a lead. Worse still, there’s a huge range of interpretations and plenty of ambiguity. For somebody in charge of very tactical demand-generation, a lead is a top-of-funnel win. For others, a lead has the involvement of several stakeholders and is qualified as having a requirement for help from your company.

Some companies still employ a traditional waterfall activity, pouring enough leads into a funnel to hopefully achieve their revenue goals. Others are using more sophisticated AI and data to determine a lead, engaging more deeply, and connecting a degree of interest in your services, as opposed to having simply clicked on an online ad.

This definition debate has been raging for years but the real question that needs answering is not about the definition of a lead, but rather the value of a lead. A commonly asked question among marketeers is, ‘Well, how many leads are we going to get from that spend?’ It’s not unreasonable to want to quantify a return on investment. But it’s the wrong question to be asking.

The number of leads being achieved is a largely meaningless metric. Sales teams might be given 1,000 leads and none of them turn into business. This perpetuates the so-called sales lead ‘black hole’ whereby as many as 70% of leads generated are not pursued by sales. They have other things to do and if their experience has been that the leads are of poor quality, they will have little faith that what they’ve been given this time will help them boost their pipeline and, ultimately, reach their revenue goals. This problem is made worse still when you add in the wasted investment made in harvesting these ‘leads’ – it’s lose, lose.

It starts with building momentum, not MQLs

Brand-building, gaining mindshare and nurturing customers over several touch points to raise awareness and relevancy is a critical factor often over-looked in the race for ‘results’.

This is perhaps, in part, down to the fact it’s a harder conversation to evidence value when the impact is still building. It requires investment, trust and belief in the value of a brand in generating a higher level of engagement – and whilst business leaders have faith in the power of brand, they are fixated on short-termism, which inevitably drives decreased long-term value.

And with 67% of the sales process now done digitally, earning the right to be noticed is a crucial foundation to enabling effective lead generation activity and the subsequent higher value pipeline.

A considered B2B purchase doesn’t sit well with short-term campaign spikes. It needs a more sophisticated, integrated lead flow, multi-stakeholder advocacy and a lot of engagement and qualification to stay in the game. Not doing this also results a sub-optimal use what’s likely to be very expensive sales resources further downstream.

Having the right value conversation

The metric that should be front of mind – and one that is increasingly being factored into the compensation packages of marketeers – is pipeline (as is revenue). Rather than developing sales strategies predicated on the number of leads, businesses should instead focus on how all sales engagements will positively impact pipeline, and sales.

Right now, more than half of marketeers spend at least 50% of their marketing budgets on lead generation in a world where 93% of leads don’t convert to SQLs. And a quarter of them don’t know whether that lead-generation is directly resulting in sales. Of course, there are many variables associated with that final stage of turning pipeline into sales, not least the skill and ability of your field sales teams, as well as price point. However, even if marketeers are yet to move to ‘revenue’ as their key performance metric (and many are), understanding and improving the lead-to-pipeline equation is crucial. And understanding the ways to get there even more so.

Without this approach, marketing teams could be simply wasting money on the seemingly-pure-vanity metric of leads. (Of course, using pipeline as a metric is a similar story, unless it actually turns into sales.)

Businesses must decide what the optimum place is for that lead to be at any given point to move it through your sales cycle at the lowest possible cost. Give the lead to sales people too early, before it is conversation-ready, and they will do one of two things: they will either invest lots of their time in trying to engage a prospect with little/no chance of becoming a customer, or they will ignore this source of leads altogether, especially when the conversion rate from sales engagement to pipeline is known to be below the 60% mark.

For high value deals, where the market is smaller, it is important to optimise the value of a lead by understanding how big the deal might be, the conversion rate and how long it takes to close. There is a cost to moving a lead from where it enters the process to where it finishes.

You might accrue a cost per lead of £300. But the cost of getting something to pipeline stage could be £10,000 because you’ve simply generated a lot of volume that isn’t converting.

As you can see, our experience in Enterprise says that if the engagements being creating for sales do not convert to pipeline at a rate of 60%+, they are likely to disengage in the process. If less than 70% of the meetings set – a different flavour of lead – don’t go anywhere, you will again lose the faith of the sales team. They don’t have time to sort through the stuff that isn’t of a high quality; it distracts them from developing and closing worthwhile deals. And the only people who will pursue those leads are your most inexperienced and/or poorest-performing sales reps.

Just as there are diverging definitions of what a good lead looks like, pipeline quality varies too. Just because sales teams are being put in front of more of the right people, those ‘right people’ should be in the right organisations, with the right problems, willing to explore how they might solve those problems, and ready to start spending money to solve them.

Of course, sales teams want to find the needle in the haystack. While it might be too big an ask to deliver the needle through lead generation, you can make the task easier, cheaper and more efficient.

Today’s B2B marketeers must take advantage of the huge amount of data and insight available at their fingertips – and then, crucially, add a layer of human intelligence to uncover the real issues that will motivate buyers, right here, right now. That can only be done by getting their attention, using insight to deliver the right messaging in the right way.

This earns you the right to communicate further, applying human intelligence to create an engaged, motivated and connected lead that sales teams love, CFOs cherish as the cost of sale is reduced, and CMOs are proud of.

So let’s move away from the notion of MQLs as a measure. Let’s change the conversation into business outcomes, then bespoke the most transparent optics to show progression and business value. Once we do this, we’ll heighten not only the results, but also enjoyment we all get from seeing Marketing and Sales truly making a difference.

To chat more about the state of how technology companies are going to market, get in touch with David Hancock, dhancock@clarifyb2b.com. 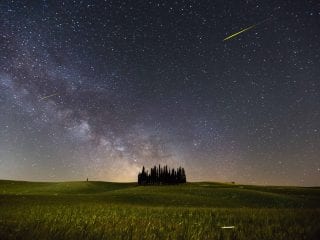 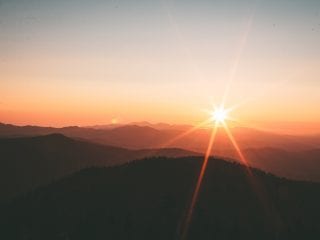 This statement is true (Option A) as the passage states: “Furthermore, it is not uncommon for companies to experience peak workloads in the summer…”

We cannot say whether this statement is true or false (Option C) as the passage does not make reference to the discipline or grievance procedures for students.

This statement is false (Option B) as the passage states: “Organisations pay students on a fixed rate without the usual entitlement to paid holidays or sick leave.”

This statement is true (Option A) as the passage states: “Many organisations find it beneficial to employ students over the summer. Permanent staff often wish to take their own holidays over this period.”